Some teams started the season surprisingly well, while others started rather badly. So if you glance over this table and then the real NBA standings you’ll notice that teams which are on top here have really bad score (Washington 2-7, Denver 3-5 and Minny 2-6).

On the other hand, teams on bottom of this table have a solid score, Hawks currently sit at 4-4 while Knicks’ score is 5-4.

This table is all about Wide Open Shots. Shot is classified as wide open when the distance between the nearest defender and shooter is 6 Feet (or 1.8 meters). We can say that defender doesn’t have a huge impact on these kind of shots because even if he contests the shot, the shooter will still have plenty of space and time to release the ball.

These numbers are identical to numbers on this link.

This metric is something else, and it is a bit tougher to explain, so I’ll try to use Wizards as an example once again. Their opponents thus far have been: ORL (x2), MIN, CHI (x2), BOS, PHI (x2), BKN.

I’ll take all of these opponents (but only once!) and sum up their MADE and ATTEMPTED wide open three point shots in the season thus far.

Alternative to the table

Alternative to the table can be this Scatter Plot. 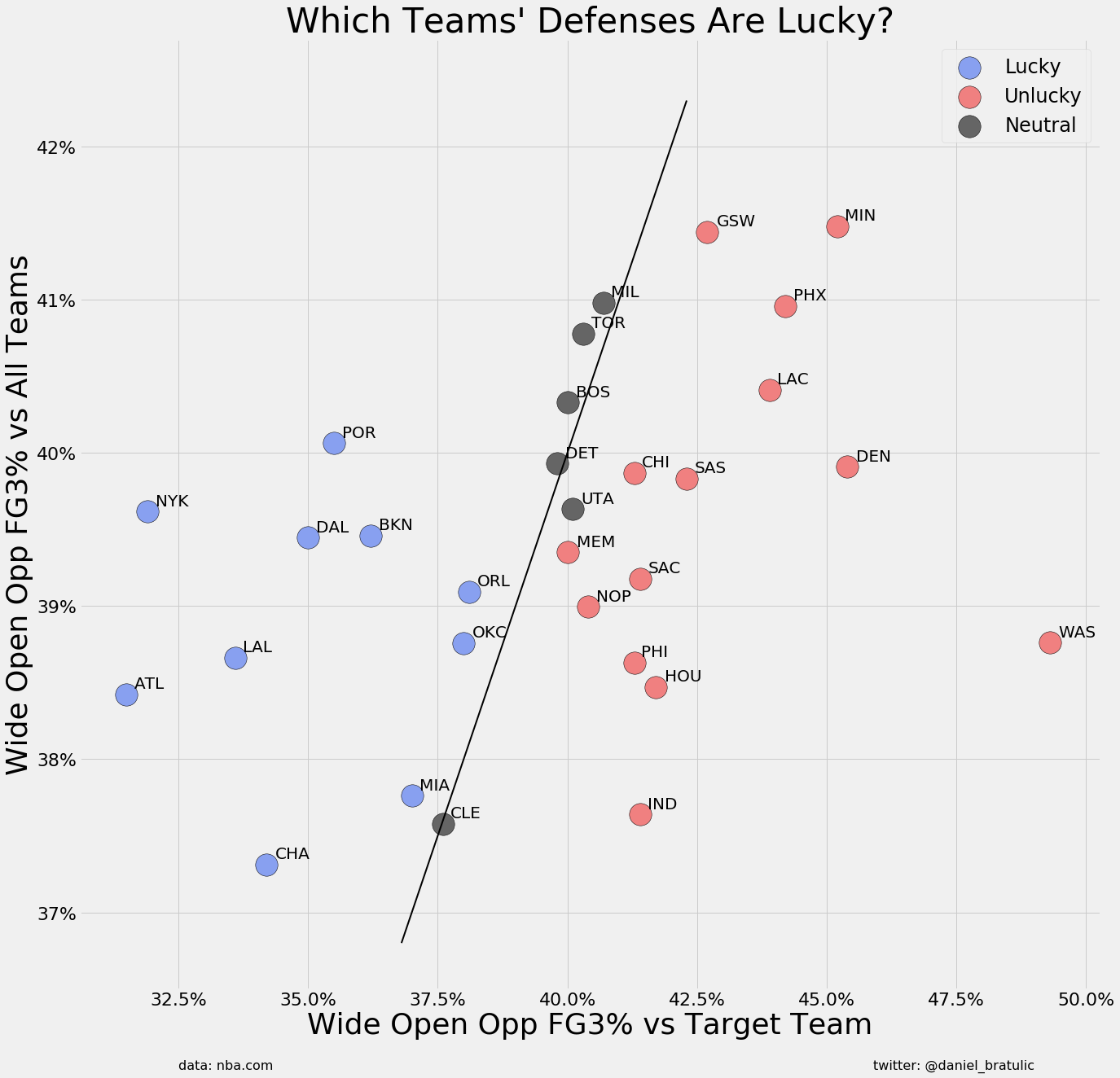 The diagonal line represents “ideal case”, meaning that the values on x-axis and y-axis are identical (no luck involved at all). So you can see from this and the table above that there is absolutely no luck involved with Memphis, while Cleveland, Detroit, Boston and OKC are really close to “no-luck” effect as well.

But there are also some big extremes, the already mentioned Knicks and Hawks. They “allow” really small FG3% on Wide Open shots, even though their opponents generally shoot okay (the y-axis value) in all games thus far combined.

On the other side of the extreme are the Wizards (and Nuggets and Minny). Maybe Beal was wrong when he said that they couldn’t defend a parked car and they’ve just been unlucky? Or maybe there is something deeper in this story that makes Wizards’ opponents go “Curry-like” versus them…

In the end here is another chart which paints the picture of Opponent’s Wide Open triples through the seasons. 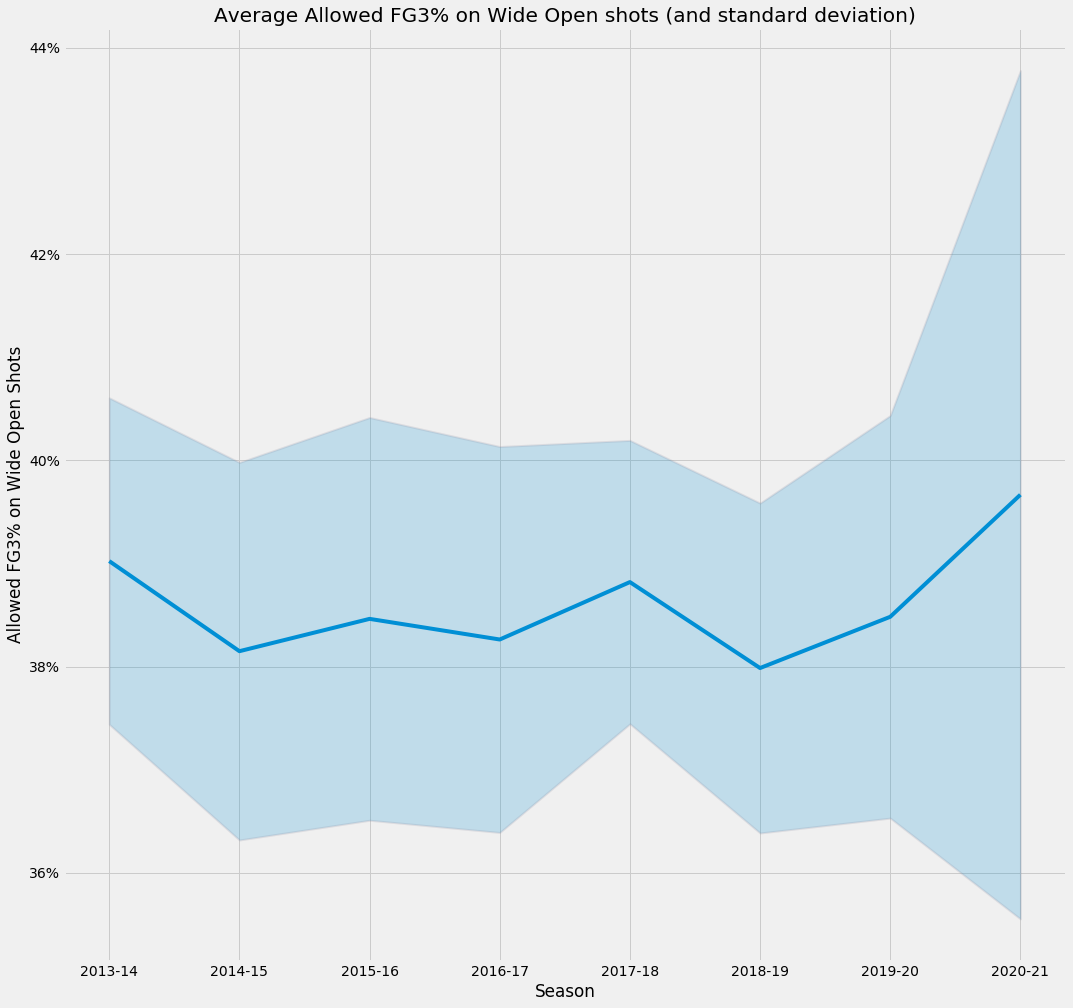 But such high deviation is expected at the start of the season, as it normalizes as time goes on. Time does heal everything…

With all that was written here, we can expect that such big differences in opponent’s wide open 3pt% will reduce, that Knicks and Hawks are going to regress and the Wizards should win a game or two in near future.