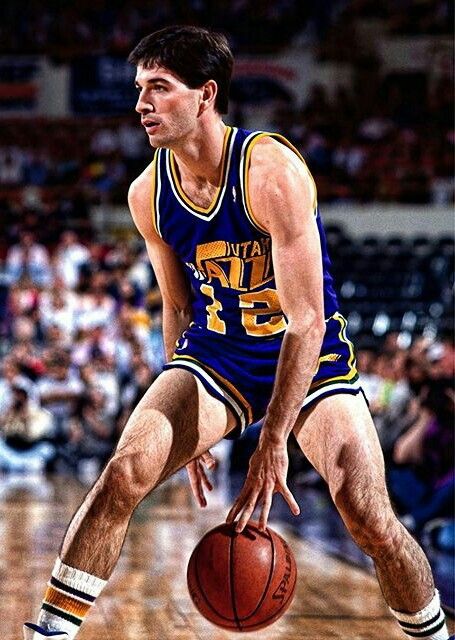 Today is the birthday of an NBA icon, in the full sense of that word. John Stockton was born on 26.03.1962. and spent his entire career as a Utah Jazz PG. He has taken the team to the playoffs every season of his career.

But unfortunately, Stockton and Malone failed to take Utah to the very end, they failed to bring down those famous Chicago Bulls in 1997 and 1998, the Houston Rockets a few years before, and so on, and so on… The list just goes on.

And that’s a big pity because surely Stockton is one of the best PGs of all time and Malone one of the best PFs. And in my opinion, the two of them together are the best duo ever. Their Pick and Roll was unstoppable.

Stockton himself was simply a genius, the Point Guard any coach could wish for. The man had over 1000 assists a season 7 times, and from 87-88 to 96-97 had over 10 assists per game. He still holds the record for 14.5 assists per game in a single season. In addition, Stockton is, of course, the all-time leader in NBA history with 15806 assists, while the second-placed Jason Kidd has “only” 12091, almost 4000 assists less… A record that will most likely never be reached.

But that’s not all, Stockton was known for being a fierce defensive fighter, nimble and bold and often very dirty, often topping everyone’s list of the most annoying player you could meet on the court. This is evidenced by the fact that Stockton is the all-time leader in the NBA in the number of steals with 3265 steals.

I made some graphs about it. The first one shows you how far he really is in the previous two statistics from the other players, the distance is quite large between him and Jason Kidd, and after that from everyone else.

And that was all possible because Stockton played as many as 19 seasons in which he missed only 22 games. 22. There was no rest for him.

The following two graphs that you can see show assists over time (depending on the number of matches) and steals over time. 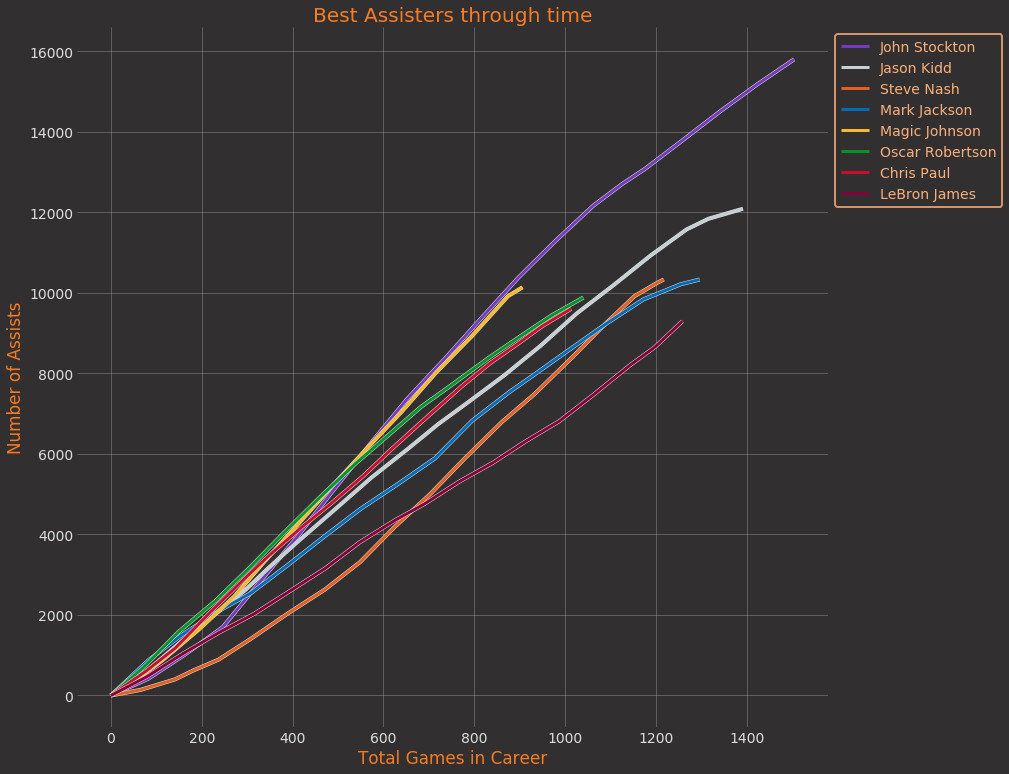 By the time he reached his prime he was starting to get the lead in overall number of assists. But the ability to stay on the court for a large period helped him push his lead in both assists and steals. 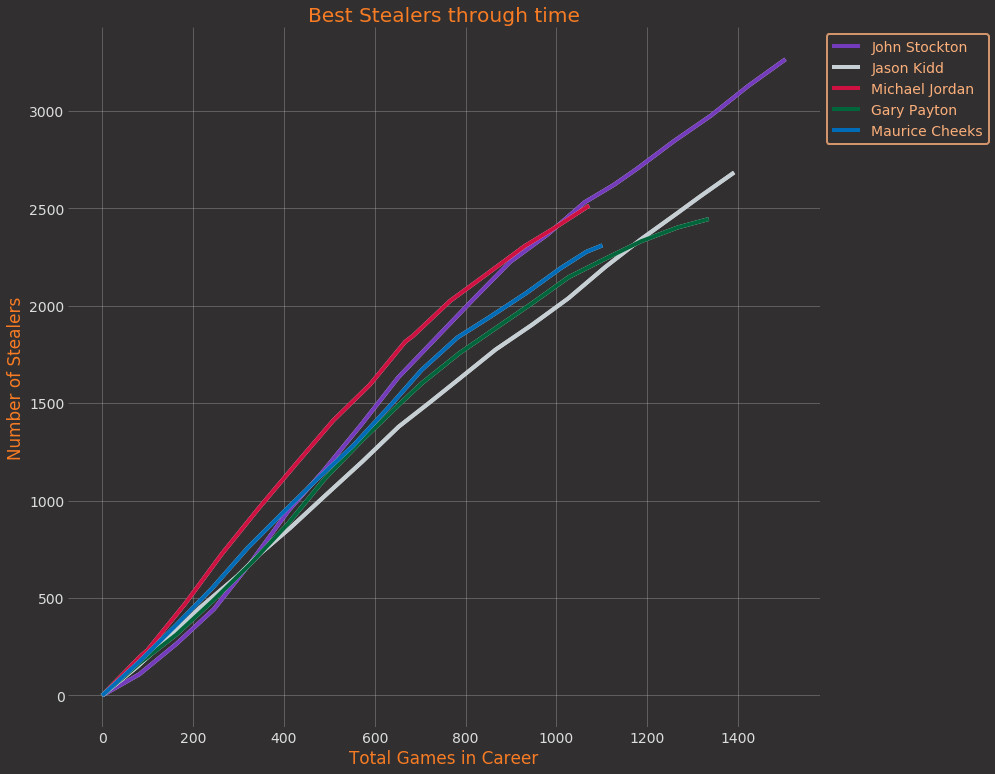