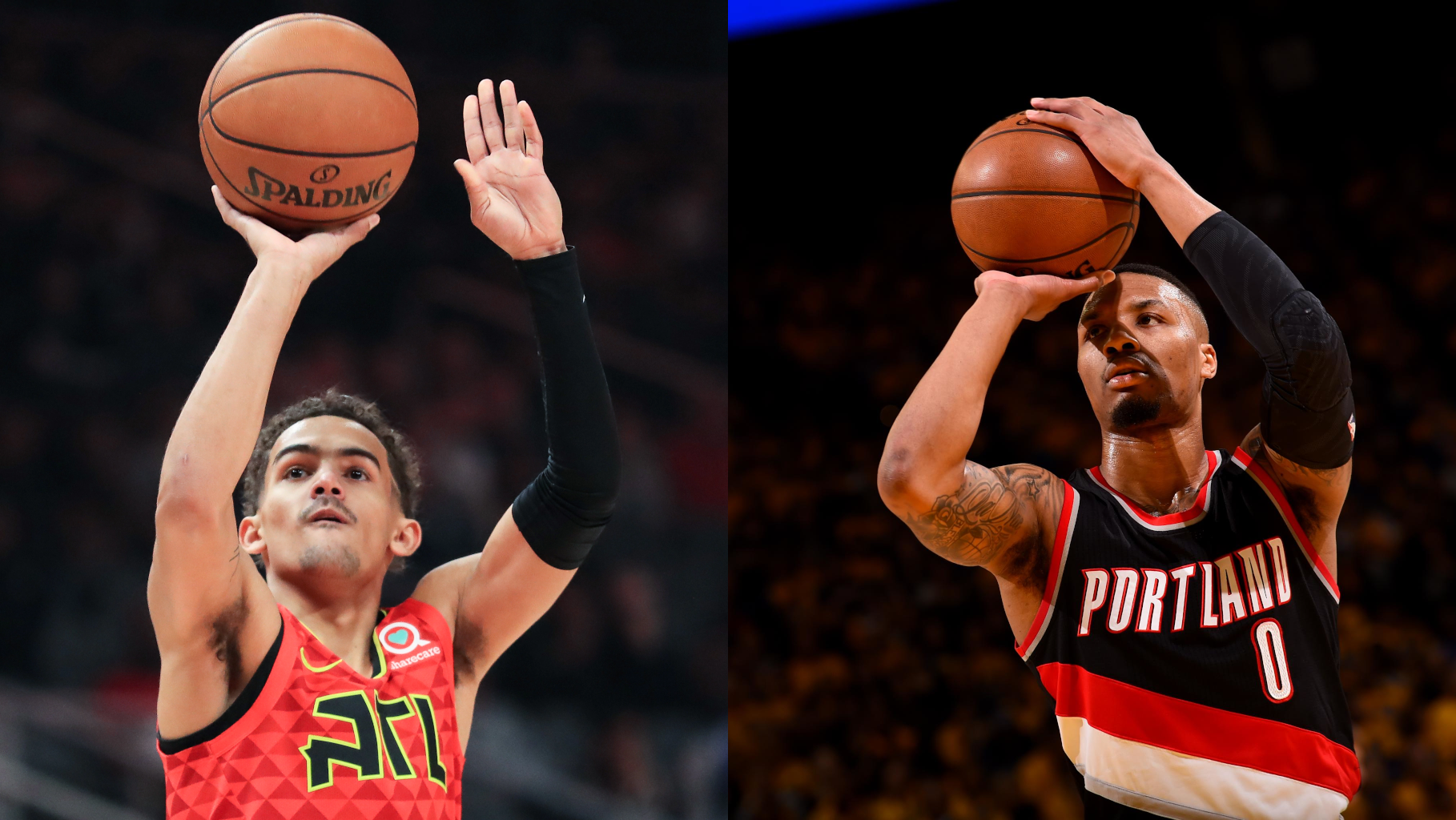 It is already widely known that the number of threes is increasing significantly throughout the entire NBA with every year. This has become a necessary skill for virtually all positions. But there are more and more players playing in some new, crazier way. The world was primarily impressed with Steph Curry and his long range threes, but today some players take that long-range shooting to an even greater level.

The other day I did a Shot Chart for Trae Young in the last two games before the NBA was suspended, and what amazed me was how far those shots actually were. At first glance I thought there was something wrong with the data, or that I was doing something wrong and I had to go visually check and confirm everything was alright.

And the conclusion is that this guy is really not normal. It is quite common for him to take threes from the Logo. 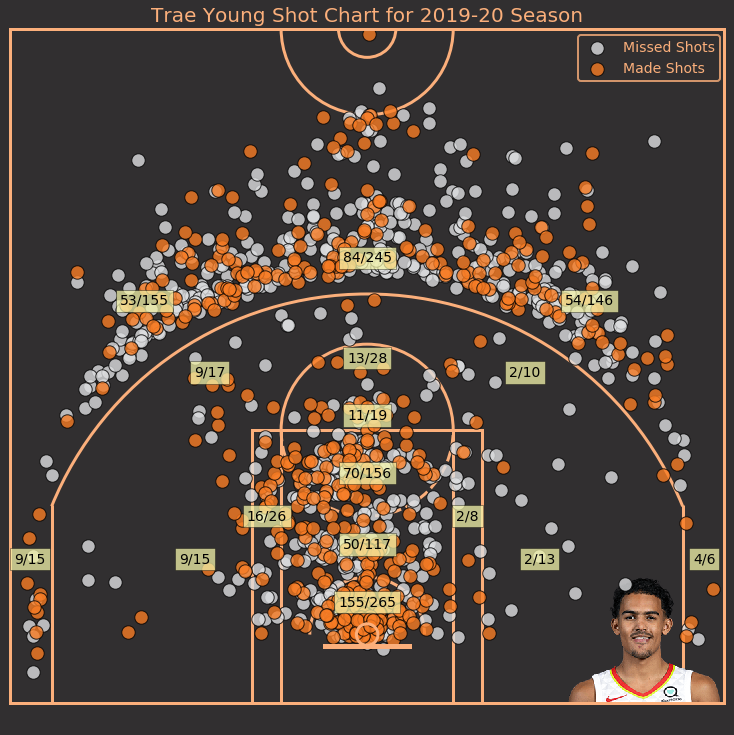 His Shot Chart tells the same story, in fact because of his shot chart one would think that the three-point line is about 3 feet further.

But he’s not the only one following this trend of long-range three-point shots, another superstar doesn’t shy away from pulling a jumper from bigger distances, and that is Damian Lillard. 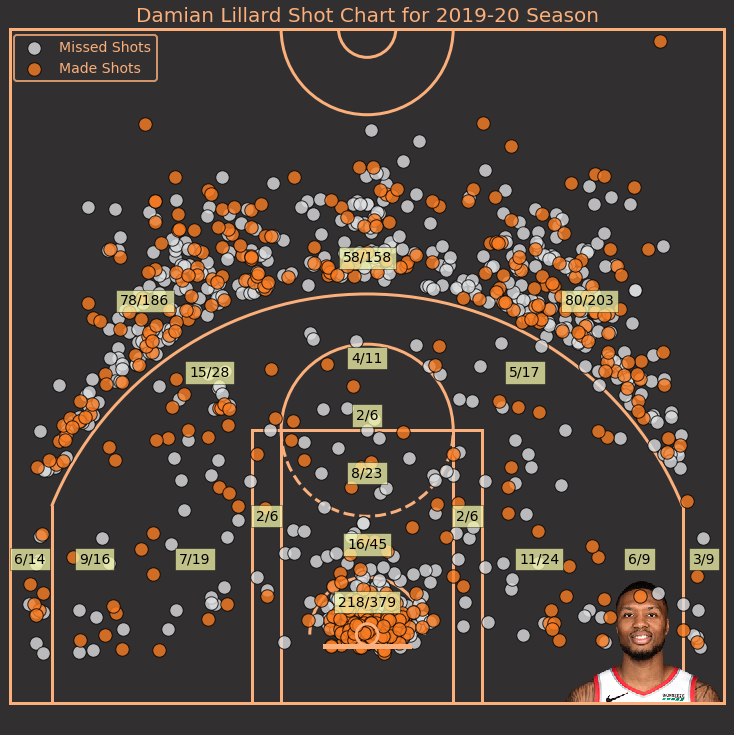 But his Shot Chart is not as extreme as Trae’s, you can at least tell the right distance of three point line, but there are still a lot of long-range shots in his style, like this unforgettable Game Winner:

A trend across the league

Trae and Dame are only the forerunners of this trend, that is, they are the most extreme in long-range shots. More and more top three point shooters are moving away from the true three point distance. 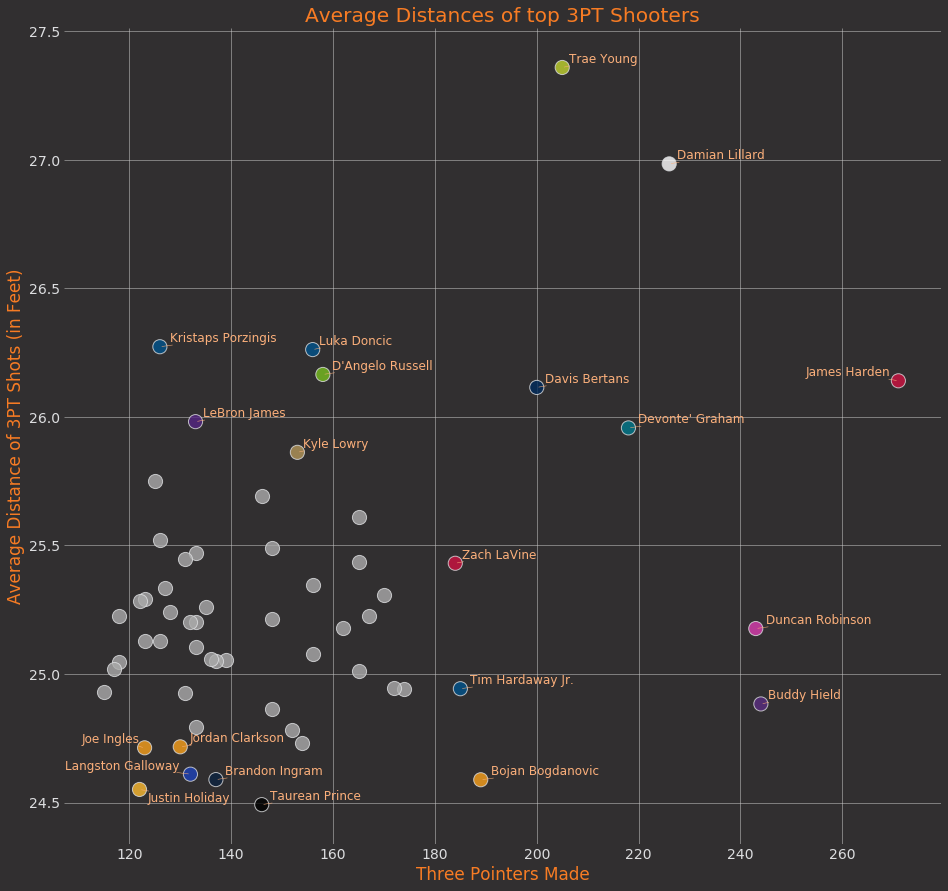 All those below 25ish feet are more-less sticking close to the 3pt line, which actually makes sense, because when you look at Bojan Bogdanović, he is one of the leaders in the league in corner triples this year (which reduces his average distance). The same goes for Joe Harris, Galloway, Justin Holiday, etc..

What’s more interesting here is that Dončić and Porzingis are right behind “The Far Away Duo”, Trae and Dame. They often set up a high Pick And Pop from which Porzingis launches deep threes. And we know everything about Dončić and his step back shots. LeBron also sneaked relatively “far”, with his famous “LeFuckYou” triple.

This next graph may show just how absurd Trae Young and Damian Lillard really are. 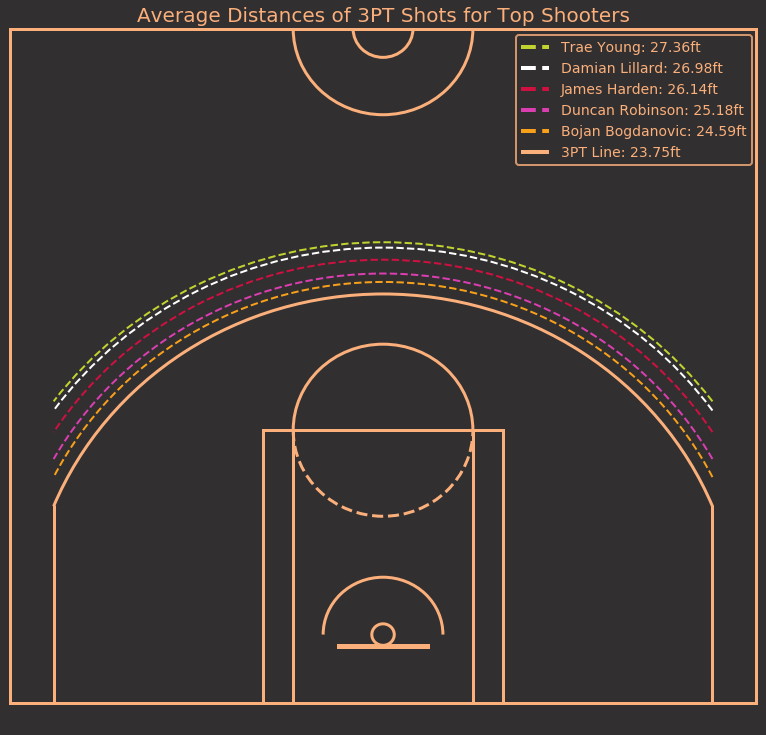 This picture roughly shows how far Trae and the Dame are shooting. Both are 3 feet deeper from the 3pt line. As I mentioned, Bojan Bogdanović is known for shooting a lot of threes from the corners, and Duncan Robinson, whom I covered in one of the previous posts, is a little further than Bojan, as he takes a lot of threes from Handoffs at the top of threes.

Trae Young pushes the boundaries of shooting 3 pointers. He kind of remains in the shadow of Dončić, who won the ROY Award last year, and is leading the Mavericks to the Playoffs this year (or at least lead them), while Young with his Hawks sits at the bottom of the Eastern Conference.

But the Hawks are slowly building, gathering young players, and it looks like the current coach, Lloyd Pierce, is doing a good job of developing all those little wheels.

The real challenge will be to connect them into one well-oiled machine.