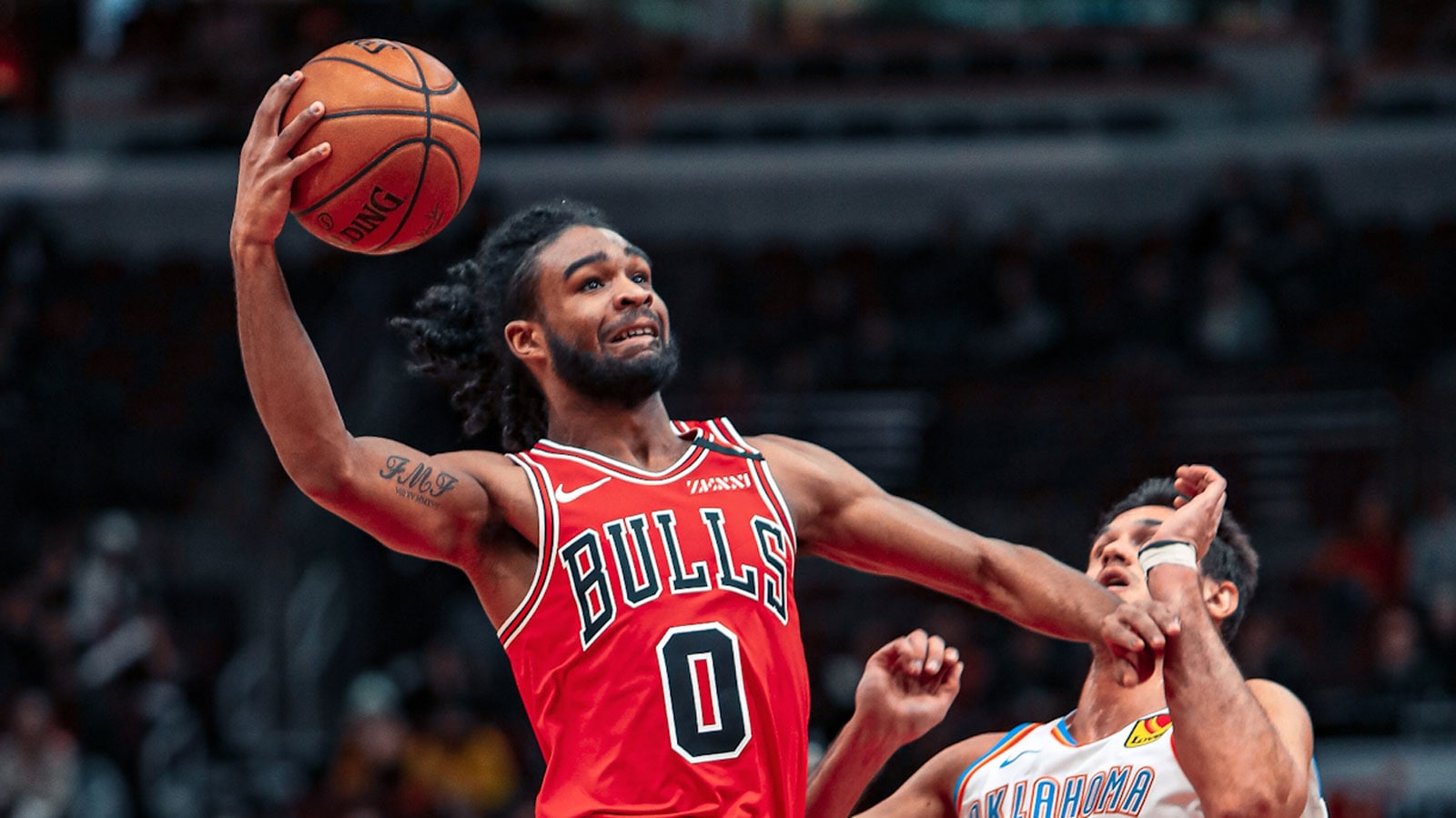 If we reduce the time span to period from 02/22/2020 up to now, that number jumps to 26.1 points per game with percentages 48%/43.2%/90.3%. The start date marks the game when White exploded for 33 points, after that he follows them up with a lot of amazing game. But for needs of this post we’re going to watch period from start of February, because he won the award for Rookie of The Month in that period. 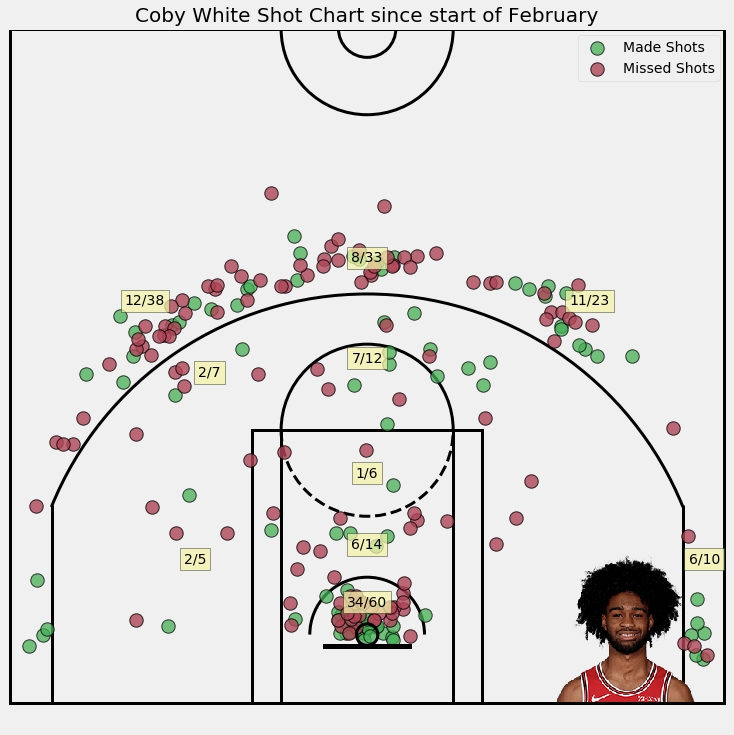 For starters, we have shot chart for tnis time frame. I have already mentioned that the percentages aren’t great, but aren’t terrible. These percentages can now be seen in form of shot chart, which isn’t really “green” in a lot of zones, but that isn’t weird for a Rookie. The overall shot percentage at three point range is 37.4% which is promising, and really good FT% tells that Coby will be a great shooter in the future.

On the second chart the points and TS% are shown during that period. Coby is in nice company which consists of Zion, Morant, Paschall, Reddish and other rookies which were really good throughout the season, not only February. The dotted line marks the league average TS% during this time frame. Generally the rookies are under that line, so the fact that players such as White, Morant and Reddish are around or above that line is very promising. Zion should have a lot bigger TS%, but his FT% is lowering the TS%.

And another thing I looked at is the way the rookies scored their points based on some actions/spots on court. There are 6 types of plays, as seen on x axis.

All rookies are displayed on the chart, and I pointed out some rookies which stood out in previous month. General takeaways from the chart are that Zion creates a lot of points from the paint while Morant creates his points from the drives. The key word here is “Creates”. They create shots for themselves which is key for the rookies. Most of the points for rookies is created through Catch and Shoot situations, which is expected for them. White gets most points from Catch and Shoot points, but he is also scores some points from Pull Up jumpers and Drives, which is also really promising.

White is one of the rare bright spots in Chicago this year, and he has proven his high draft position with his great games.