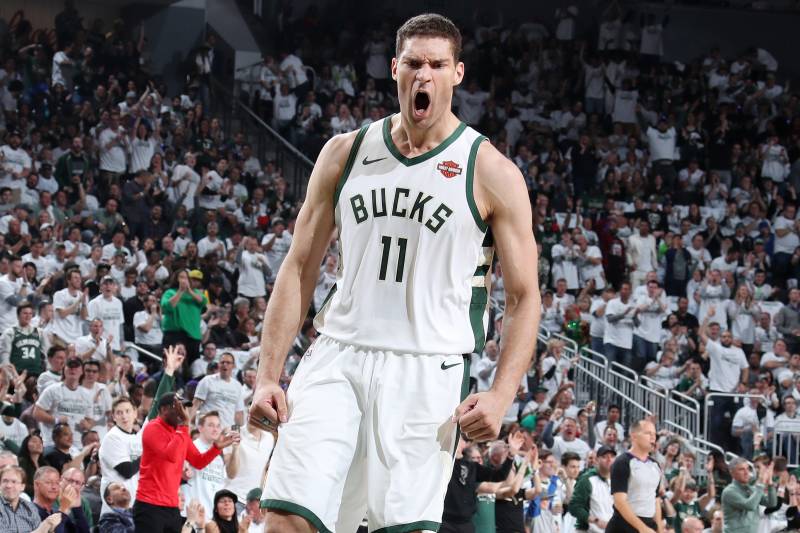 The second part of this series has finally arrived, and this time it is about Brook Lopez, one of the key contributors to the Milwaukee Bucks’ phenomenal defense.Although Giannis has been one of the DPOY’s top contenders for several years in a row (with his MVP candidacy of course), Brook Lopez is definitely a very important factor.

He is a center that anchors the paint and often puts restlessness on opposing players who are trying to drive to the hoop. Unlike Rudy Gobert, about whom I wrote in the first part of this series, Lopez does not switch so much during the picks, but stays closer to the basket and doubles up as soon as the opposing player approaches the paint. 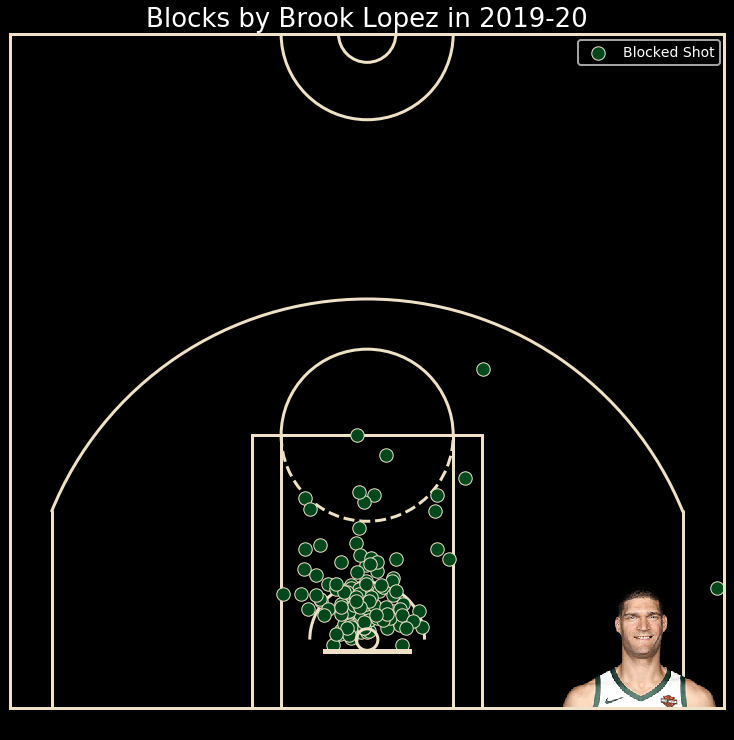 In the first chart, Block Chart as I will call it, you see all the blocks of Brook Lopez this season. The graph actually turned out to be less fancy than I expected.

The Bucks are interesting because they allow the most threes per game for opposing teams, and they have by far the best defense, at a time when everything revolves around the three. However, this is possible because of the amazing system, with the brothers Lopez and Giannis and other tall wings and guards, they are able to very effectively cover anyone attacking the Paint. 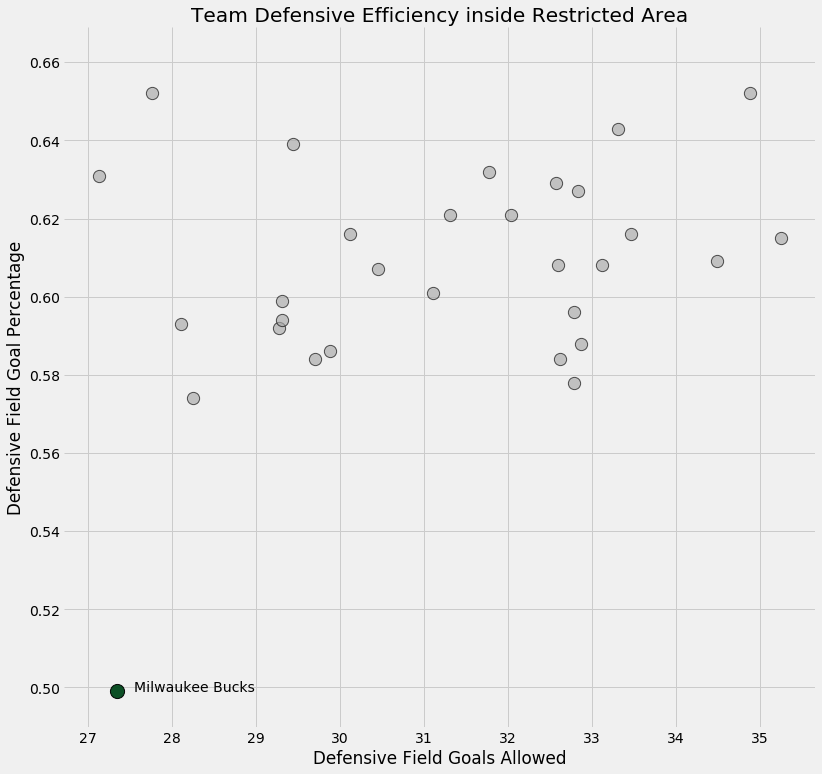 From the Restricted Area the Bucks only allow 49.9% of the shots!!!!! The difference between them and the second-ranked Toronto Raptors at 57.8% is higher than the difference between Toronto and the Cleveland Cavs, last team by that metric, which allows 65.2%. (Second graph).

And now one has to wonder why is Brook so important in all of this? So even though the entire Bucks’ team is very good defensively (you can see in the third graph that they all allow an extremely low shot percentage), Brook not only defends the most shots, almost 7 more than Giannis, but also defends those shots very effectively. 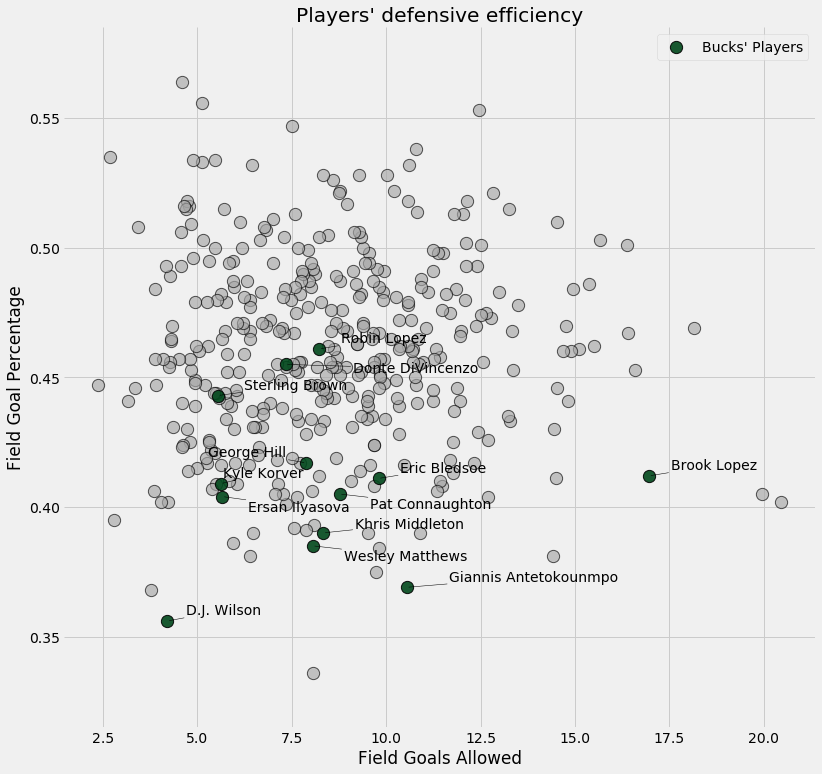 In addition, Lopez is the player who contests the most shots in the entire NBA league. You can see this in the fourth graph. 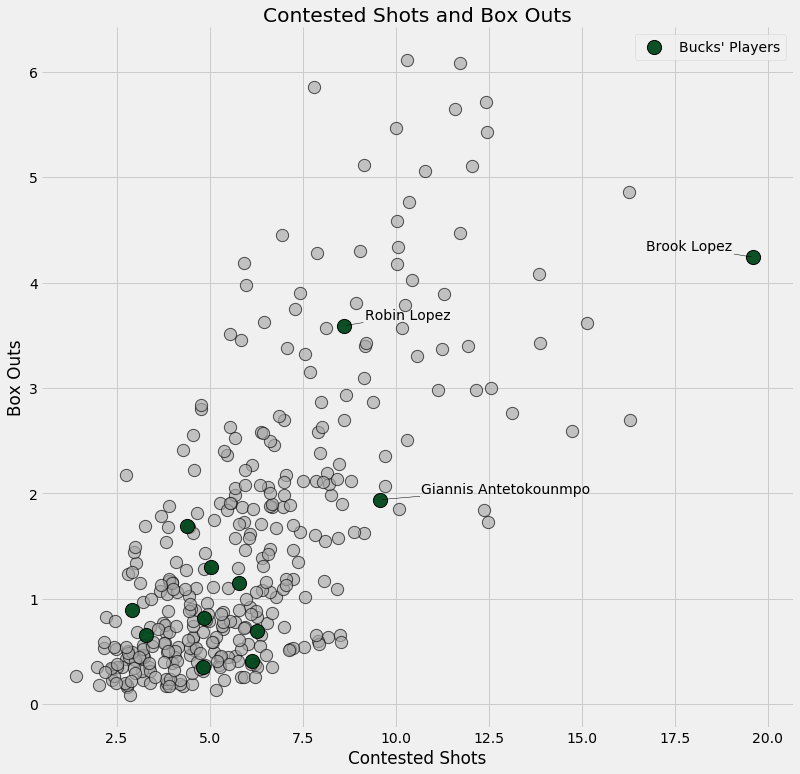 There are almost 20 contests of shot per game, which is impressive. What is even more impressive is that he boxes out 4 times per game. This may seem like a very low figure at first glance, but the Bucks are at the top of the league in that aspect and everyone is involved in boxing out. Anyhow, everyone is already in paint so a rebound is inevitable.

And lastly, Brook is 6th in the league in Defensive Win Share (DWS). Although Giannis leads the entire league in that statistic and the impact of Brook on the entire squad is not as significant as Gobert’s impact on the rest of the Jazz team, this is sufficient confirmation that Brook Lopez is a key Milwaukee Bucks defender.