Domantas Sabonis is becoming a leader of surging Pacers 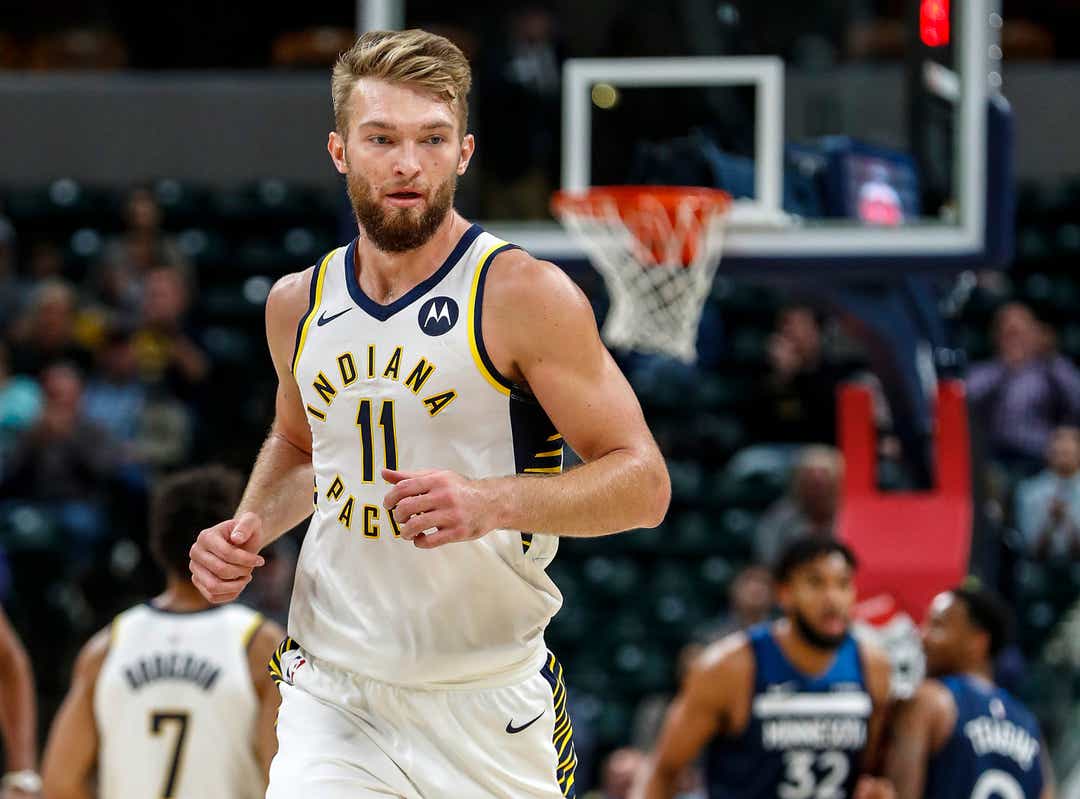 Domantas Sabonis is a key player of the Indiana Pacers this season, currently ranked No. 5 in the Eastern Conference. In a season where Oladipo hasn’t played yet and some key players missed some periods of time such as Myles Turner and Malcolm Brogdon, Sabonis stood out as the team leader at just 23 years old.

After many questions related to him after his first season in Oklahoma, where he was forced to be a player he just wasn’t, he was “lucky” to end up in Indiana through the Paul George trade, where the style of play was more appropriate for him.

The number of threes dropped immediately and remained low during other seasons, with Sabonis showing that he is one of the few young old school players. Previous chart shows how the number of shots changed depending on the distance from the basket. You can see that as the number of centers and power forwards in Indiana has fallen, so has the number of shots in the Restricted Area risen.

Sabonis’ shot chart is also very versatile, he does not refrain from mid-range shots, that is, from the elbow, where he scores the most points per game of all players this season. So this is an area that gets very dark red and where he is very very effective. 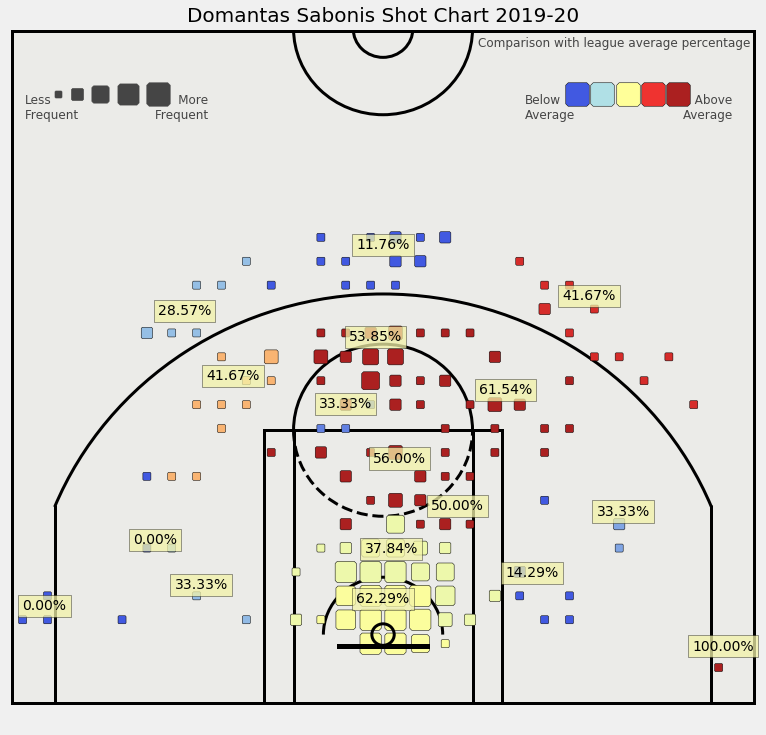 Great at pick and roll

Having said that, the third graph brings us something similar, showing how Sabonis scored points depending on the TYPE of ACTION. 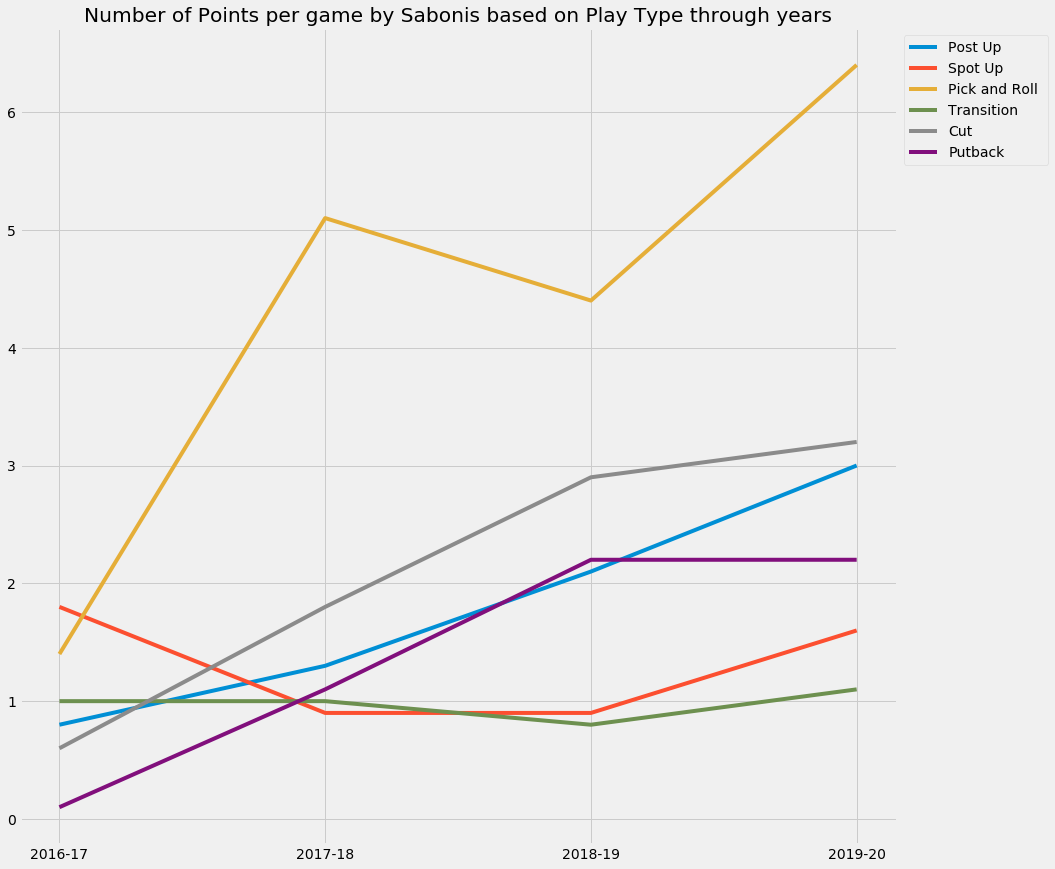 We can see him jumping significantly from Pick and Roll this year, and even leading the entire league in pick and roll man points(so the one that rolls out of the pick). Brogdon has certainly contributed to that with his assists over the course of the season. It should also be noted that he now has less points from Spot Up shots than he did in Oklahoma, where although he played little he was used very poorly and was practically used as a Stretch 4 player which he is showing that he isn’t. Constant growth in the number of points from Post Ups is interesting.

All in all, Domantas Sabonis is The Man in Indiana, which they proved with a new $77 million contract for 4 years, which is a good deal considering the market.